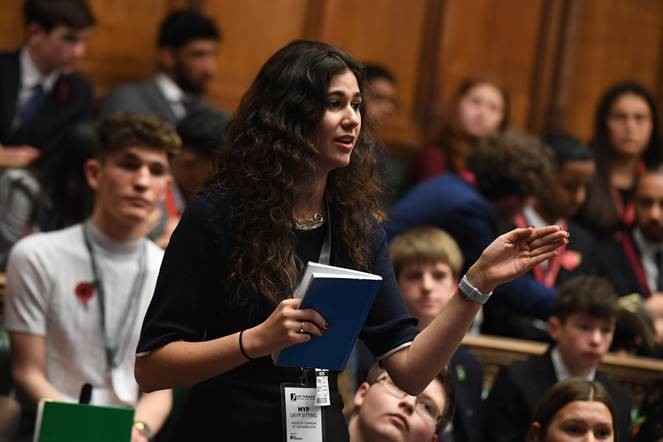 The annual session was chaired by the newly elected Speaker of the House of Commons, Sir Lindsay Hoyle MP and Deputy Speaker, Dame Eleanor Laing MP over the course of one day. Passionate speeches and eloquent arguments were made on the most important issues affecting young people. During the debates, UK Youth Parliament debated ‘ending knife crime’, ‘mental health’, ‘curriculum for life’, ‘tackling hate crime’ and ‘protect the environment’.

UK Youth Parliament is made up of young people from across the UK, who are elected by 11-18-year olds in constituencies to represent them and use their voice to raise the issues which affect them. At the end of the day, Members of the Youth Parliament walked through the famous voting lobbies of the House of Commons to select climate change as the petition to be debated by MPs in the new Parliament.

The Speaker of the House of Commons, Sir Lindsay Hoyle said,

It is so important that young people are politically engaged in politics today, and that is why it was my pleasure to preside over the 11th sitting of the UK Youth Parliament. Not only were the debaters very skilled, I am quite sure many of those taking part will be returning to our green benches in the years to come.”

Climate change and knife crime are two of the biggest issues facing young people, according to the UK Youth Parliament’s ballot. Members of Youth Parliament took these issues to the heart of our democracy, Parliament, and it is now for MPs and Government to ensure action is taken to address these issues.” 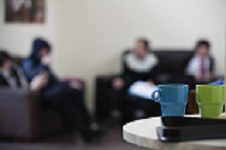